Introduction
Kathmandu is the capital of Nepal. It is named as Kathmandu after the name of the temple “Kastamandap” made by Lichhhivi king Gunakama Dev. Bhaktapur and Kavre district lies at the eastern part, Dhading and Nuwakot at the western part, Nuwakot and Sindhupalchowk at the northern part, Lalitpur and Makawanpur at the southern part of Kathmandu. The temperature of this district ranges from maximum of 36.4°Celsius to minimum of -2°Celsius and average rainfall in the district is recorded at 1764.4 milliliters. This district covers an area of 39500 hectares.

Mission
Law enforcement, crime control and investigation of crimes for peace and security and be engaged in the noble service of all people with full protection of human rights.

Commitment
Employment of human and physical appliances for prevention and investigation of crimes to make Kathmandu the safest city in the world. 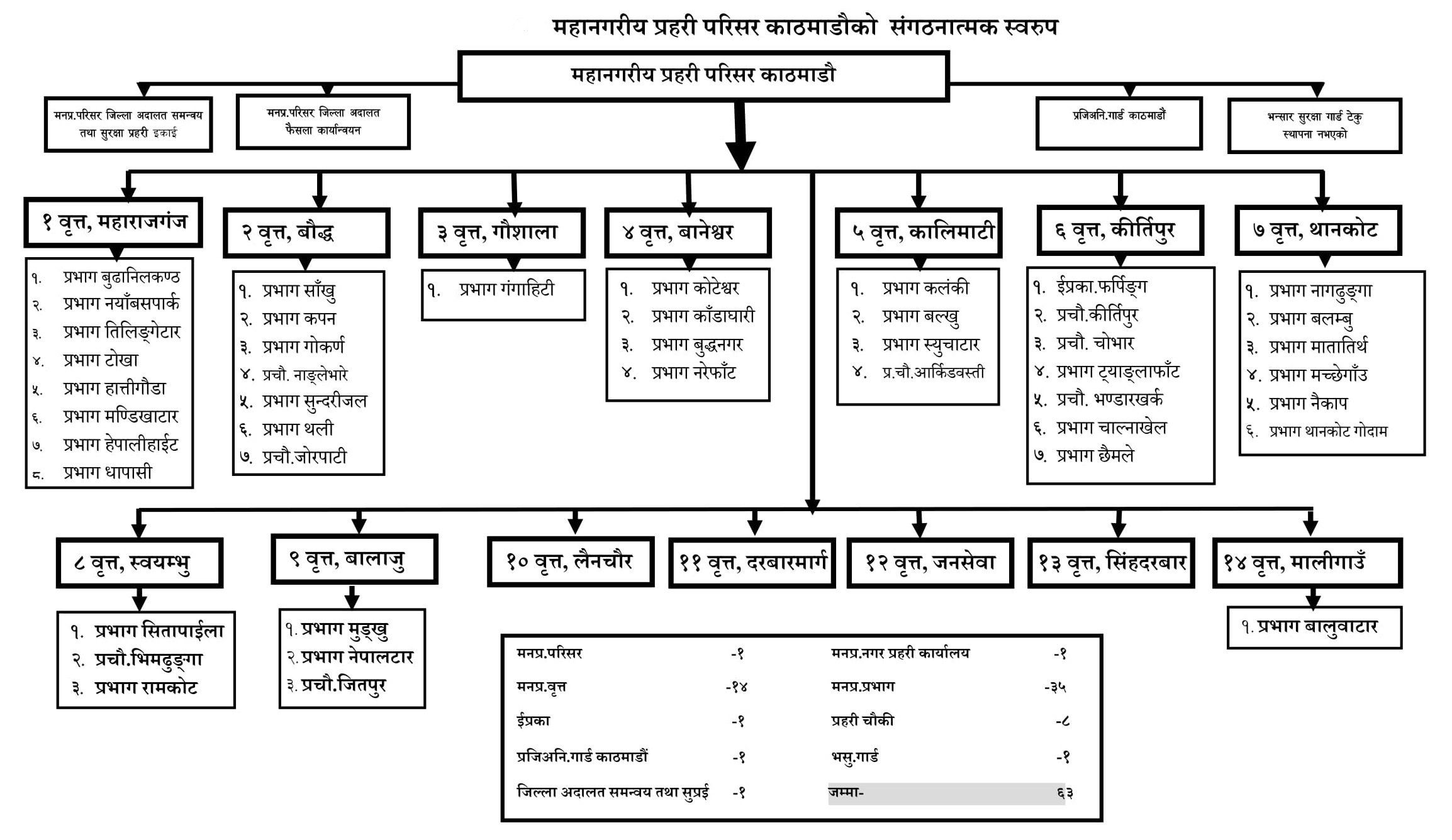