The Metropolitan Armed Police Battalion No 2 is situated at Kathmandu Metropolitan City, ward no 3, Maharajgunj, Lazimpat covering 66.34 ropani areas. The government decided on 26th Jestha 2045 to establish the Armed Police Battalion No 2 being sensitizes the necessity to crack down the different nature of crime and maintain social order, along with the sense of restructuring the existing police organization. In the beginning this Battalion was under direct supervision of regional police office, Hetauda. Later, with the establishment of Metropolitan Police Office, Ranipokhari; this battalion has regularly carrying out the responsibility and order as allotted by the Metropolitan Police Office. The battalion is cautiously and effectively working with the realization of sense of belongingness. To enhance the skillful manpower the battalion is regularly conducting training jointly with Special Task force. Similarly, the battalion has been rated best being mobilized to conduct the election of historical constituent assembly in peaceful manner following the democratic norms and principle. Beside this, the battalion has been a part of constituent assembly being highly deployed as to shoulder the security prospects ever since the first meeting for the constituent assembly. 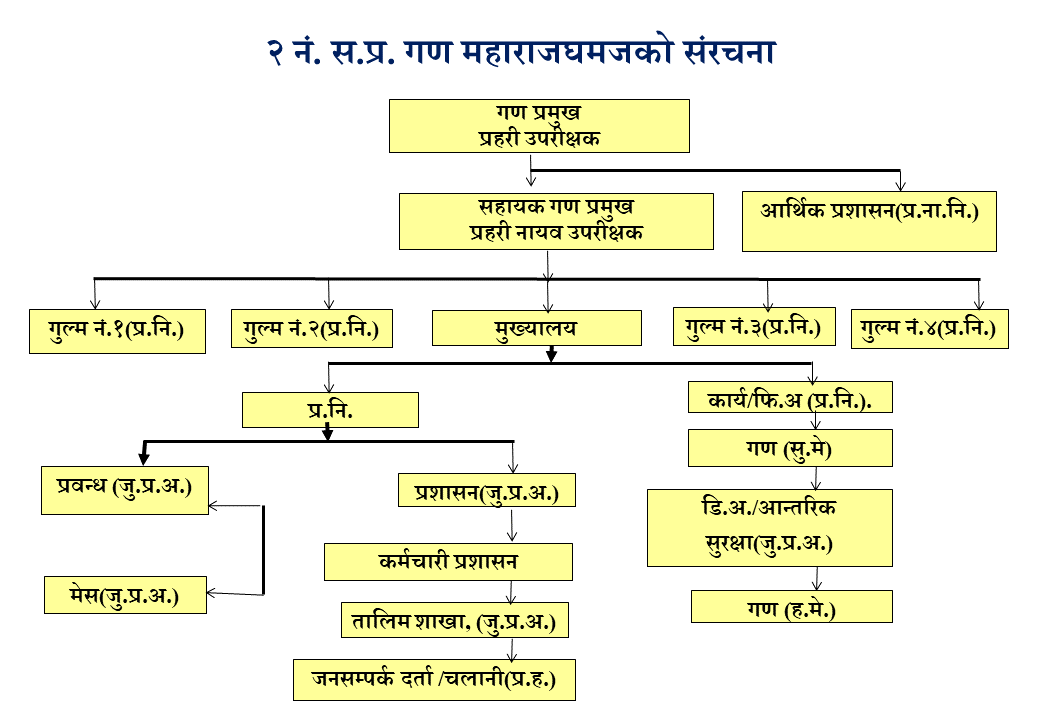